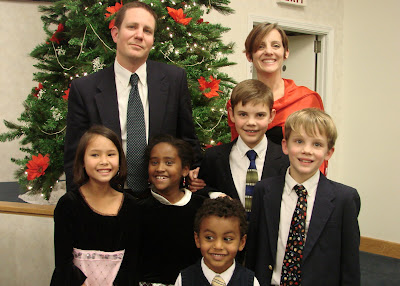 Every year our homeschool co-op hosts a "Kringle Shop." It serves dual purposes. It's an opportunity for the kids to shop without mom tagging along, and families get to turn a profit by selling some crafty item to the shopping kids. Last year, I started thinking that if our family was going to come and shop; we could at least fund the shopping by making a few things to sell. Then months passed...and suddenly it was December and we hadn't made a thing.

Then a sweet friend mentioned digging a well in Ethiopia instead of buying gifts. Would we like to help?

Would our children understand? Maybe. In the end we decided that we could cut a few corners (like Christmas cards), but we needed some creativity to make this well digging work.

We decided to make shovel ornaments and give them as gifts. We made little cards with an explanation, tied them to the shovels, and hoped it would go over well. The shovel debut was at Kringle Shop. 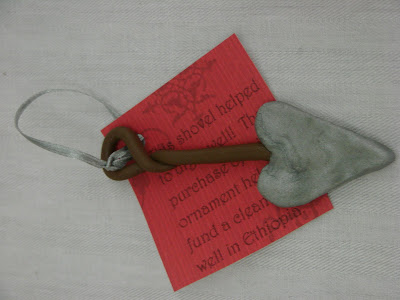 By the time the day arrived, each of the kids had been working on various projects (bookmarks, ornaments, shovels) and were pretty excited to see how the things were received. Getting everyone and everything into the van that blustery morning was chaotic. I actually pulled out of the driveway and realized we had a 'pan of shovels' baking in the oven. I wonder sometimes if I am ruining our children by doing too many things at once. Do they think all adults function like their dear Momma?

The 'vendors' get to shop first, then man their table for a few hours while other families make their purchases. I knew that Josiah wouldn't last long behind the table (and with so much chocolate being sold at the table next to ours...). The girls and I took him to watch Veggie Tales with other waiting children while the boys took table duty. The hours dragged on, and it was interesting to hear their updates on selling the shovels. Everett, ever the salesman, talked them up quite a bit. 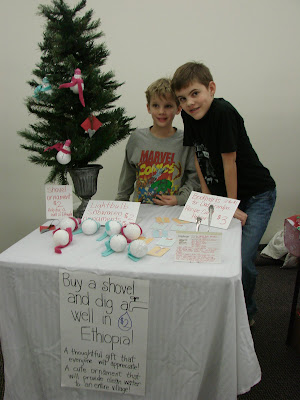 I have included this photo lest you think we are raising children who are pious and always thinking of the plight of others. Sometimes, reality is smoothed out in blogging. Here's a little glimpse of it. While I have photos of children working and talking about how many shovels we might sell and how much a well might cost to dig, I also have to admit that this was made more than once: If you can't identify that...then you are definitely more pious than us (or you don't own an 80 pound golden retriever).
Posted by Apryl at 10:04 PM No comments:

A picture is worth a thousand words.

These pictures are the culmination of months of work from people all over the country. By the time the blankets arrived in DC, many of them had cris-crossed the US. We left the United States with just under 500 blankets for the children in Ethiopia. I worried as I packed the night before we left. I worried at 3:30 am the morning we left. I was worried standing in line at the airport, wondering if they would turn me away. I thought I'd breathe a sigh of relief when the boxes and suitcases were turned over to United for the flight. Then, I started worrying about boxes being tossed carelessly into planes and blankets exploding on the tarmac. I worried needlessly. Every box was fully intact and every piece of luggage arrived in Addis. I started worrying about how we would deliver the blankets. The sheer numbers were overwhelming. We finally turned the main floor of the guesthouse into a sorting factory--school supplies here, blankets counted, labeled and stacked in whatever we had ready to go to the right care point with care packages.

I finally exhaled and months of worry melted away. Each blanket you made was going to be delivered to a child who needed it! 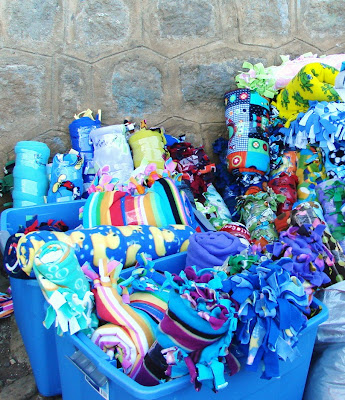 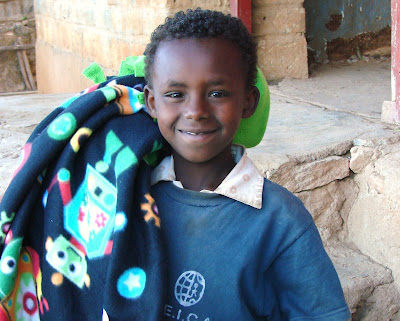 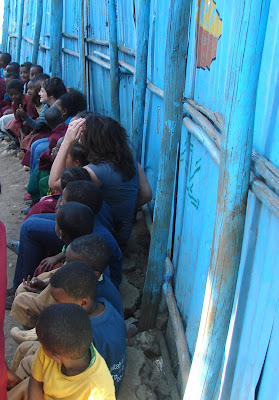 at Trees of Glory: 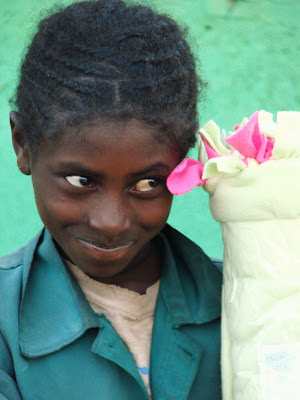 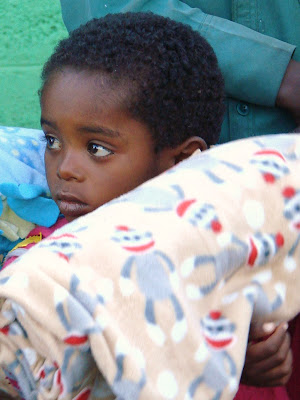 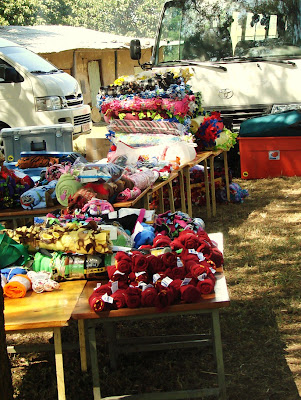 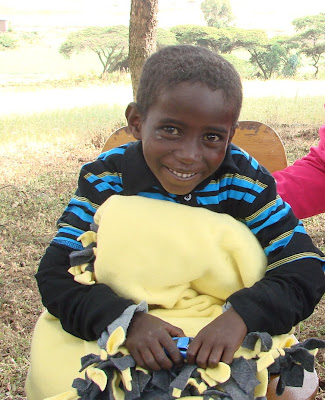 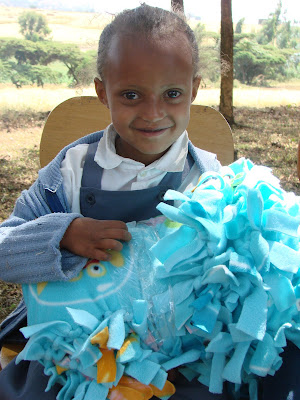 at Onesimus (ministry to homeless children): 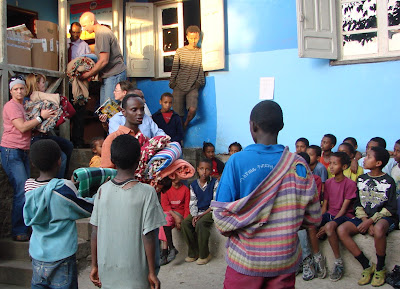 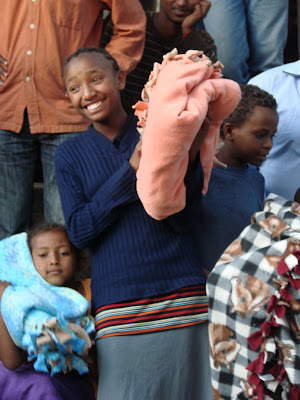 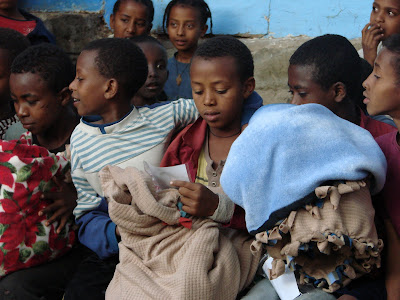 The children were thrilled to have these blankets. Most of the children sleep on hard packed dirt floors. These blankets will be treasured every night! Thank you for your time and effort to make this project possible!
Posted by Apryl at 10:09 PM No comments: 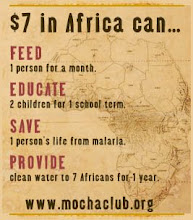